This American Muscle Machine is has had No Expense Spared in relation to it’s running gear and goes like a BAT out of HELL!

After much time & $$’s spent it is now as follows:

For more information and or photos please call Chester on 0414239028 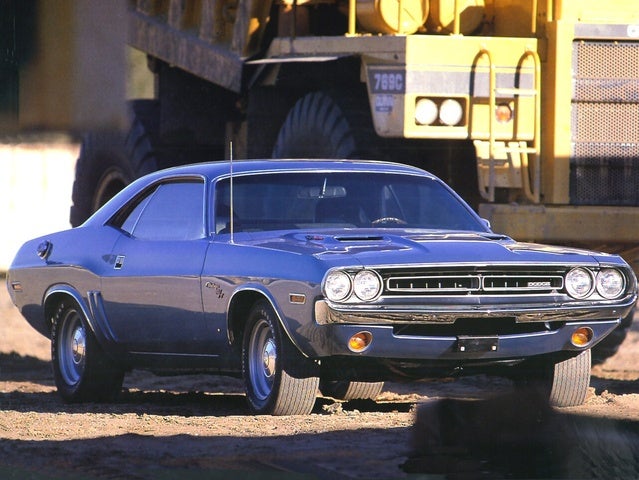 A man speeds through the western highways of the U.S., pursued by angry cops, hitchhikers, and naked women on motorbikes. It’s the “Fast and the Furious” of its generation, a B-movie ode to fast muscle cars and the men who love them. The film is 1971’s “Vanishing Point.” The car is the 1970 Dodge Challenger.

The 2-door 1970 Dodge Challenger came in both hard-top and convertible models. It was built on a Plymouth Barracuda platform, but had a two-inch longer wheelbase. Two trims were available, base and R/T (Road/Track), both of which could be paired with an SE package, which included leather seats and a smaller rear window.

Depending on your need for speed, a slew of engine choices ranged from the 225 Slant-6, 145 bhp to the 440 V8 and racecar-like 426 Hemi, rated at 425 bhp. The optional 440 engine had a 4-barrel Magnum with 375 bhp or a tri-carb Six-Pack with 390 bhp. The most desirable versions of the 1970 Challenger, both the 440s and Hemis came with either a 3-speed TorqueFlite automatic or an optional 4-speed manual with pistol-grip shifter. The standard model R/T featured a 383 engine and had two hood scoops, which could be substituted with a “shaker” scoop, so called because of its vibrating motion when the car was moving.

In 1970 only, Dodge released a street version of its race car. Called the T/A (TransAm), it featured a Six-Pack version of the 340 5.6-liter engine with a humongous hood scoop, dual exhausts in front of the rear tires, sway bars, heavy-duty suspension, and the innovative different-sized wheels in front and back. A rear ducktail spoiler and three striping options (rear, side or none at all) enhanced the race car image. It got about 350 bhp and made a quarter-mile in 14 seconds.

https://musclecarstables.com.au/listings/1970-dodge-challenger-440-rt-six-pack-tribute/">
Recommend to a friend
Enquire about this vehicle
+61 414 239 028
If you are looking for a specific car please contact us with your requirements, with our extensive MCS database we can help you find what you're looking for.chester@musclecarstables.com.au 0r +61 414 239 028
Contact Us
Recent Vehicles